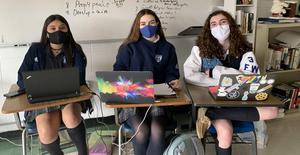 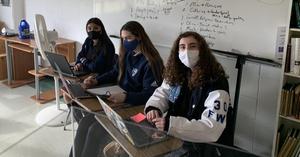 One, of many, quotes that stood out to the students was, “Perception creates culture, culture creates  legislation …. It’s powerful but dangerous,” from Taya Sarache. The way different people are  portrayed in media affects how they are viewed and treated in real life. While most of the time it is  dangerous and toxic, when harnessed, it can be used to make a positive change. If we give  people the ability to tell their stories and shape their struggles, we can change how they are seen and  treated for the better.

The student participants enjoyed and learned immensely from this impactful panel and expressed that they are grateful for the opportunity to attend as UN Delegates representing The Mater Dei Prep Global Institute and Pathways To Peace.