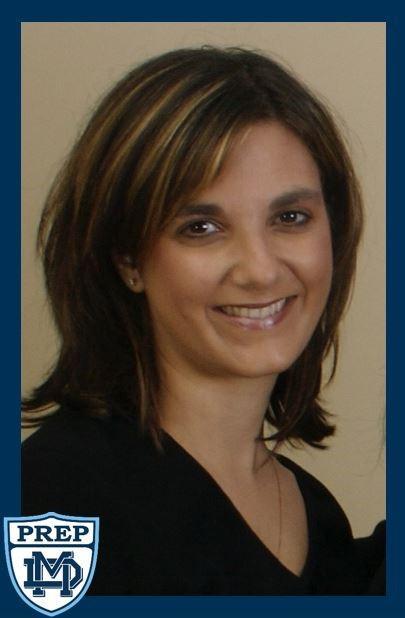 DeBiase joins Principal Debra Serafin and Chief Operating Officer Steven Andersen on the school’s senior leadership team reporting directly to the Board of Trustees.  Kathryn McLaughlin, Chair of the Board of Trustees, stated “We are delighted to announce this well-deserved promotion. Jen not only has the skills and talent to assume this role, but also has demonstrated extraordinary dedication and commitment to Mater Dei Prep.“

“I am honored and feel blessed to take this new position and get back to my roots in finance,” DeBiase said. She began her career in the sports management industry as the business manager for five minor league sports teams. Since 2003 she has operated a party planning and design business, Elleon Designs, LLC., and she was the director of technology at St. Benedict Catholic Church and School in Holmdel for six years. While there she oversaw the budget process and signed off on the budget to the Diocese of Trenton as the School Board chair. DeBiase has also been the office manager and bookkeeper for Arts in Motion Academy in Matawan, one of the leading dance studios in the area, for the past 13 years. She sits on the executive committee for the Esophageal Cancer Education Foundation, a cause near to her heart as her father is a 20-year cancer survivor.

While at Mater Dei Prep, DeBiase has worked in the development and advancement offices. She currently sits on the COVID-19 Task Force, the Academic Task Force, the Development Committee, the Finance Committee, the Enrollment Committee, and the Technology Committee. Since coming to the school, she has run fundraising and community-building events that have generated over $1 million and increased event attendance by 100 percent.

DeBiase is a graduate of Saint John’s University in New York where she earned a bachelor’s degree in Sports Management with a double minor in law and business. She has two daughters, Noelle, who graduated from Mater Dei Prep this spring, and Emma, currently a sophomore at the school.

“Mater Dei Prep's community has embraced me and my family since the moment we stepped foot on the campus,” DeBiase said. “I am grateful to Steve Andersen who gave me my Seraph wings and encouraged me to lead from my seat to take on this new initiative. I know I have big shoes to fill and I’m looking forward to this new role.”