Doctor Kiely: Caring for the Caregivers 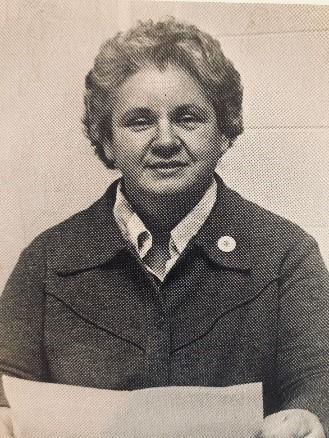 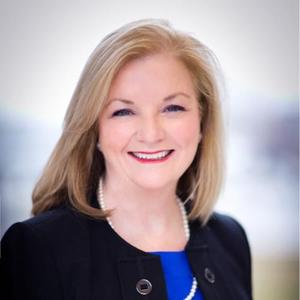 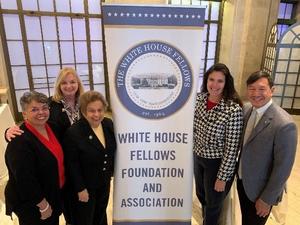 According to Kiely, one of those blessings was Ann Zarella, her chemistry teacher at Mater Dei, who encouraged her to be the first women in her family to attend college.  “I had no perspective that college was even possible, but Mrs. Zarella believed in me,” Kiely said, remembering a trip with Zarella to Washington, D.C., to visit Trinity College, Zarella’s alma mater. “I was blown away, and I thought she was crazy when she told me I could go to college and be a doctor.”

Kiely stuck with the nation’s capital, but enrolled at Georgetown University, where “the world opened up” for her, first as a nursing major and then pre-Med.  “I would not have followed this path but for Ann,” said Kiely.  “I didn’t see in me what she saw in me. I knew college was important, but I couldn’t contextualize it.  Ann did it for me.  Those four years at Mater Dei helped me believe in myself.” Kiely added, “I am who I am today in large part because of Ann Zarella. Her guidance, her faith in me – it has not left me.” It was there that Kiely met her husband of 36 years, Michael DeVita, M.D., a Critical Care Specialist with NYC Health + Hospitals/Harlem in New York City.

Kiely earned both her undergraduate and medical degrees from Georgetown, and put herself through school. She also holds a master’s degree in Public Management from Carnegie Mellon University in Pittsburgh, Pennsylvania. She completed her primary care residency at St. Vincent’s Hospital in New York City during the early days of the HIV epidemic, conducting home visits and caring for the homeless. Kiely then served as director of medical ambulatory care for West Penn Allegheny Health System, where she replicated her St. Vincent’s experience in community health. It was this work, and the funds she raised to support her programs, that helped her garner one of 17 highly coveted White House Fellowships in 1994.  “I believe it is important to take opportunities outside your comfort zone and the White House Fellowship was definitely out of mine,” said Kiely.  “It was an incredible year.”

During the yearlong fellowship, Kiely served as a special assistant to then Secretary of Health and Human Services Donna Shalala (now a congresswoman in Florida’s 27th district), working on efforts related to US/Mexico border and Pacific basin health, health and welfare waivers, and a departmental reorganization within HHS.  Kiely described Shalala, whom she recently had the honor of introducing at a White House Fellows Alumni Association event, as “a force of nature” who allowed her unfettered access to meetings and travel. “The experience demystified government for me,” Kiely explained.  “I learned how to think analytically, solve problems and leverage relationships to get things done.”

After the fellowship ended, Kiely spent nearly 20 years in the greater Pittsburgh area in leadership roles at Primary Care Health Services and the Allegheny Health Network before moving to Stamford Health in Stamford, Connecticut in 2010.  Drs. Kiely & DeVita have four children:  Lizzy, a professional artist and professor of art at SUNY & Columbia University; Christopher, a professional dancer who starts medical school this fall; Timothy, a physician just graduated from Georgetown Med and is headed to Yale for primary care residency; and Annaliese, is an AmeriCorps member serving as Opioid Response Coordinator at Betances Health Center in New York City.

Having completed all of her education, including her residency, at Catholic institutions, Kiely says her Catholic faith formed the philosophical basis of her approach to her medical practice and her life. “It has to do with living a peaceful life without prejudice and being gentle with people. We all need to learn to ‘be’ with people where they are. I am still working on it!”